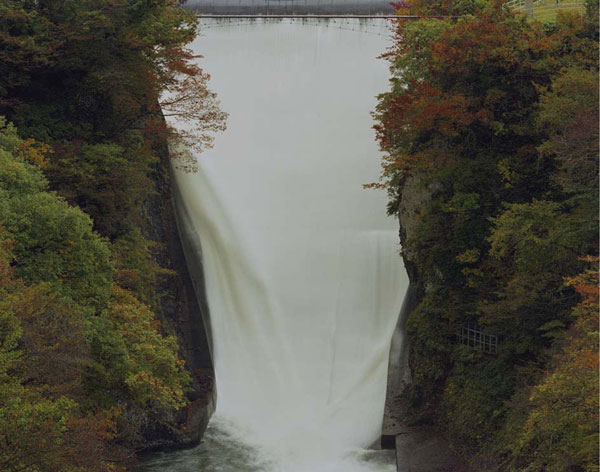 Ibasho is proud to present the second solo exhibition of the Japanese artist Toshio Shibata at IBASHO. Two books ‘Painting’ by Chose Commune’ and ‘Falling Water’ by the Velvet Cell, that are being published at the moment, reflect two essential elements in Shibata’s body of work.

Shibata started his career as a painter after having studied fine art in Japan. In 1976 he applied for a scholarship to study at the Royal Academy of Art in Gent, Belgium. A professor at the Academy asked Shibata to join the newly established photography class, which Shibata did. Already before choosing to study photography in Belgium, Shibata was attracted to photographic silkscreen printing and to the works of Pop Art artists, such as Robert Rauschenberg and Andy Warhol. During his time in Belgium and Europe Shibata got acquainted with the work of the influential photographers Edward Weston and Joel Meyerowitz and was amazed by the fact that in Europe photography was seen as another form of art and not only as a form of documenting or reproducing reality. When returning to Japan, Shibata was convinced that his way forward as an artist was to solely focus on photography.

The fact that Shibata started as a painter is a circumstance that has undoubtedly influenced his work as a photographer: he looks to make images that are elemental in form and theme.

“My goal is to create with each photograph an independent work that is called a ‘tableau’. It is not my aim to make a depiction in order to explain, nor to make images to illustrate an essay; it is to pursue the possibility of new expression by means of photography.” – artist statement Toshio Shibata

Nearly all of Shibata’s works picture civil engineering projects in otherwise natural landscapes. These artificial structures, ubiquitous in Japan’s fields and hills, are built with the foremost emphasis on function, such as preventing landslides, controlling floods, and enabling passage through mountains, and should therefore be completely separated from the pursuit of figurative pleasure and beauty. Shibata, however, uses the geometrical forms of the man-made structures in nature, to detach the landscape that is in front of him, from place and time and therefore from reality, which resembles the effects of a painting.

Looking at his whole body of work, it seems that Shibata has a preference to include water in his tableaus. Water plays an important role within Japanese culture and religion. For example, water is one of the five elements of Japanese Bhuddism (Godai: Earth, Water, Fire, Air and Void) and embodies the quality of flexibility. Water represents the fluid, flowing, and formless things in the world. Shibata’s use of long exposures capture the water’s strength, flexibility and innate grace as it spills, crashes, and glides over constructed dams, sluices and channels. Even as one imagines the roaring sound of the crashing falls from the imposing works of civil engineering, the quietness in Shibata’s vision reigns. Including water in his tableaus also gives Shibata’s work a softness that creates a beautiful balance with the rigidity of the human structures.

The works that are included in the exhibition reflect Shibata’s career from 1996 til 2019. It also includes works from the two newest books ‘Painting’ and ‘Falling Water’.