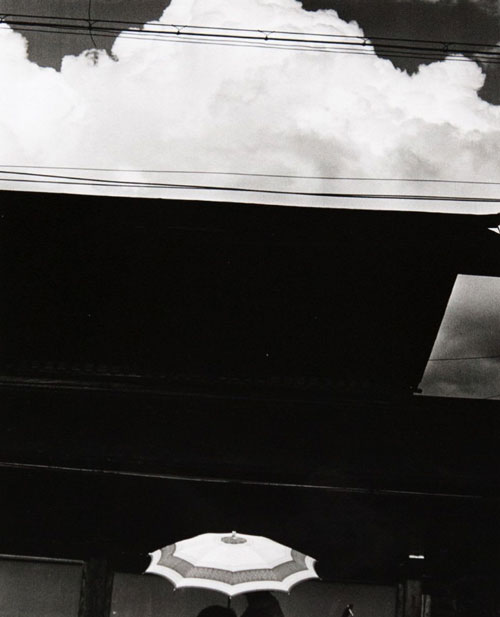 The second exhibition that will open during the Antwerp Art Weekend at Ibasho is ‘Hibi: fragments of daily life’ by the Japanese photographer Issei Suda (1940 – 2019). This is in connection with the large retrospective exhibition in FoMu Antwerp of Suda’s works that starts on 7 May. Suda is maybe lesser known than Japanese photographers such as Daido Moriyama, but as talented and important.

In a small exhibition of 27 works in black and white in the front room of IBASHO, visitors can get further acquainted with the very recognisable style in which this photographer recorded daily life in Japan over a period of nearly 60 years. Suda combined a pure appreciation of Japanese customs with a sharp investigative eye.

Suda received his first camera, a Rolleiflex, from his father when he entered the Tokyo College of Photography, from which he graduated in 1962. In 1967 Suda began work as the stage and publicity photographer for Tenjo Sajiki, a theatrical troupe directed by poet-playwright Terayama Shuji. The troupe sought to express the mysterious side of everyday life, a theme that Suda continued to pursue after beginning his freelance career in 1971. His work began to appear in photography magazines, earning him early recognition in Japan and abroad.

In his most famous series of work, ‘Fushi Kaden’ from 1976, Suda succeeded in capturing the extraordinary that exists within the ordinary. He received high praise for these photographs, that direct our gaze towards another world and ever since, he has continued to publish works that focus on familiar landscapes, commonplace festivals or customs, etc.

He is ranked, not only in Japan but also abroad, together with other photographers whose style presents a uniquely Japanese development of the personal viewpoint. Some of his work has received attention for being peculiarly subjective, while simultaneously providing a new outlook on the standard images of Japan or Tokyo from an ethnological viewpoint.