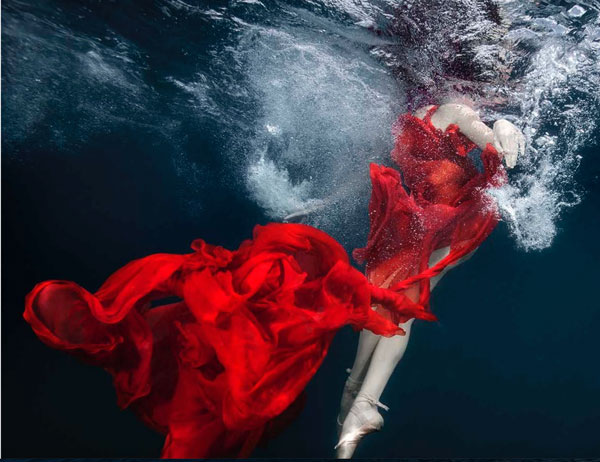 With Trance’n’dance, Hangar presents the first major exhibition by Isabel Muñoz in Belgium. Drawing on the works produced by the Spanish photographer and video-maker over the past 10 years, Hangar takes the visitor on a journey into the visual world of an artist who is sometimes called a “body portraitist”. A genuine storyteller, Muñoz “tells” us about the practices and rituals she has observed in the four corners of the world, whether they be related to civilisation or identity, or even be transgressive sometimes. Through the stories of these specific communities, the exhibition showcases a work focused fundamentally on the human condition and its amazing ability to go beyond and abolish limits, both emotional and physical. Precise and always a perfectionist, Isabel Muñoz is constantly sharpening her curiosity and experimenting with the medium of photography. Through it, she succeeds in injecting a certain form of transcendence into her pictures, making visible what our senses may perceive, but cannot put a name to.

The exhibition curator at Hangar has divided the show into three sections that are both distinct yet fluid, shaped by a number of transversal themes: immanence, trance and dance.

The first part of the exhibition “Imannencia” reveals the instinctive part of humans, their attachment to their origins, their land, their immanence. Both intense and frightening, the Buto traditional Japanese dance is a hymn to slowness and introspection. Wishing to evoke taboo subjects in a Japan steeped in tradition, it praises old age and addresses the question of gender. As for the Bolivian dancers covered in clay, they pay homage to Pachamama, the goddess of the Earth, and immerse themselves in their primitive origins. Through Hijras, Isabel Muñoz broaches the question of trans-identity as a specific feature of the human condition, whereas her video, De Donde, reinterprets the myth of original sin and melds the masculine and feminine into a single “whole”. The artist takes her reflection on human origins further by focusing her lens on the great primates and on Los Españoles (a breed of Iberian horses). These animals are like mirrors of ourselves, whether in the abandonment of an attitude or in the control of their posture.

The exhibition continues with the part “Agua”, composed of recent works made by the artist in the last three years in Japan. Using models committed to the protection of the oceans, Isabel Muñoz dives into the depth of the being who abandons itself to the weightlessness of water. There is a perceptible tension between the “lightness” of the body in movement and the struggle to complete the task, as evidenced in particular by these gestures in contact with plastic residue. Isabel Muñoz, in her attempts to warn us of climate change, is also exhibiting two new projects for the first time: Nacarotipia and Coralotipia, produced respectively from the powder of seashells and coral.

Finally, “Extasis” brings together three series in which Isabel Muñoz sublimates those who transform their bodily suffering into energy and a source of pleasure, achieving a state of trance through their practice: Metamorphosis II or the sessions of body suspension, Two, Three, Four or the Shibari in Japan and Nine Gods or the self-mutilation of followers at a Taoist festival. There is palpable tension throughout the exhibition, which reaches its climax in this final chapter. Isabel Muñoz, beyond mysticism, erotic art or bodily transformations seeks to pierce the secret of the body and feelings. Immanence and transcendence then come together in ecstasy that is glimpsed subtly by the eye of the photographer.

The exhibition is made up of a hundred or so pictures and a number of videos and photograms. The platinum-palladium prints were produced by the artist herself in her Madrid studio. Alongside the main Trance’n’dance exhibition, Hangar is also presenting a series of 10 of the artist’s “iconic” images. Trance’n’dance is also published in the form of a “magalogue”.