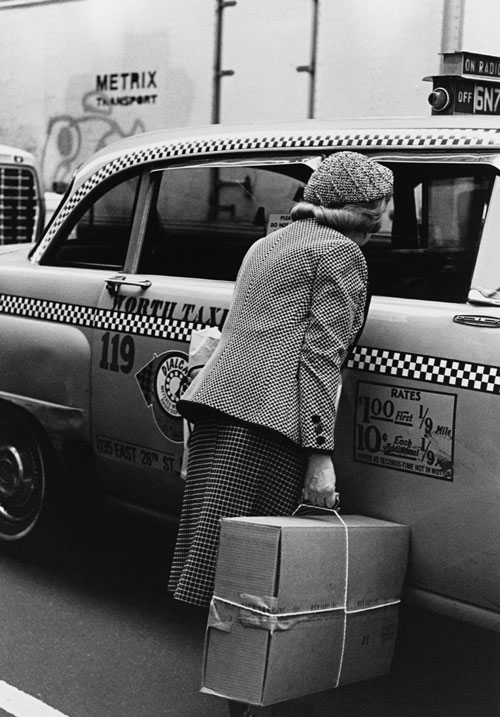 Helen Levitt was born in Brooklyn, New York, in 1913. In the early 1930s she began her lifelong exploration of photography. Henri Cartier-Bresson and Walker Evans were among the first artists to encourage and support her work, and in 1938 she helped Evans make the prints for his landmark exhibition American Photographs. As early as 1943 the Museum of Modern Art in New York mounted a one-person exhibition of Levitt’s photographs that brought her a wider recognition in the art world. The street scenes and people of her native city of New York have been her subject from the beginning.

Helen Levitt’s oeuvre is a testament to her great passion and an invaluable contribution to 20th century street photography. Her photographs – mostly small format gelatin silver prints – are considered unsentimental documents of the American streets. She knew “where luck was most likely to lie in the stream” (James Agee) and like Henri Cartier-Bresson she developed an unerring sense of the “decisive moment”. At the same time, Levitt’s images expose the American Dream as a perpetual myth, while she empathetically represents working class citizens in their individual dignity and local communities. The photographs of the professed socialist blend documentation and poetry. They are grounded in everyday encounters, they reveal the aesthetics of the street. Nothing is staged or arranged, the situations are intimate, yet always captured from a distance.

In the late 1950s Levitt was one of the first artists to work in colour photography. Since the 1970s she has made high quality dye transfer prints with colours of striking intensity. Levitt’s later work continued to be free of any voyeurism or sensationalism, remaining timeless in their portrayal and celebration of the ordinary. In 2009 Helen Levitt died in New York at the age of 95.