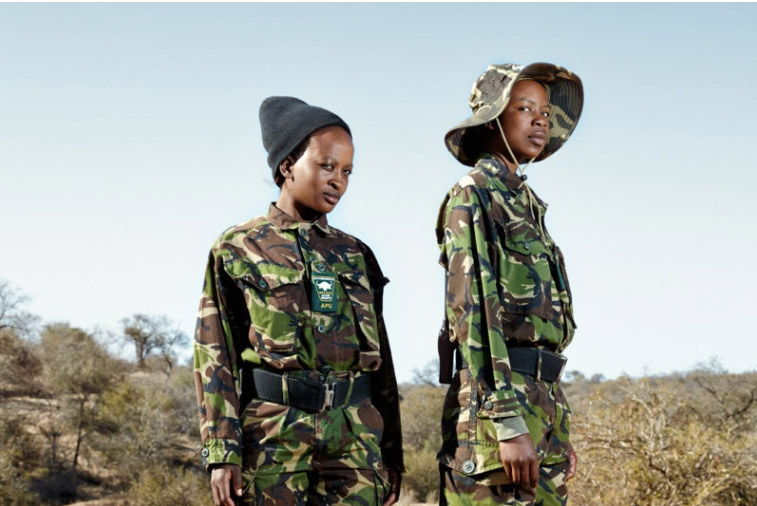 For many women in Africa, how they are portrayed has long ceased to reflect their lived identity. Their truth, how they see themselves and how they want to be seen, is not included in the visual language that defines them. That is why, since 2012, photographer Julia Gunther has been documenting female activists and their personal struggles to encourage change in the communities in which they live. What started as a loose collection of stories has grown into a single body of work called ‘Proud Women of Africa’ that had been published in magazines around the world. We talk with her about drive, inspiration, unheard voices and representation.

A conversation with:German photo artist Julia Gunther, born in Berlin and based in Amsterdam, is specialised in documentary projects. Her work explores themes of representation, gender, visual identity and social activism, specifically, the role of women in society. Her projects often consist of a mix of portraits and investigative images. For the past several years, Julia has been to the African continent looking for different stories to tell, specifically focusing on African women.

For the ongoing series Proud Women of Africa, she documents female activists and their personal or public struggles to enact social change in their communities. These women are working hard to change the world around them. Some of them actively campaign for change, others encourage change indirectly by being who they are, and thus act as a role model for others. But all, in their own way, work hard to weaken the traditional stereotypes which define their lives.

Julia Gunther
Julia Gunther is a German photo artist whose work has been featured in international publications such as the New York Times Magazine, TIME, The Independent, Dazed and WIRED and has been exhibited in, amongst others, New York, Washington D.C, Los Angeles, Cape Town and Amsterdam. She combines personal projects with assignments that focus on social justice and environmental issues.

Proud Women of Africa
For the past several years, Berlin-born, Amsterdam-based photographer Julia Gunther has been criss-crossing the African continent looking for different stories to tell, specifically focusing on Africa’s women. >>

Examples of woman who have suffered in some way, yet who remain proud of who they are.
If you’ve been online in the past few years, you may have seen Julia Gunther’s iconic pictures and not even know it. The German born, Dutch based photographer has an expansive portfolio of work, featuring subjects from multiple countries and locations. >>

Pay as you like and register via this link here